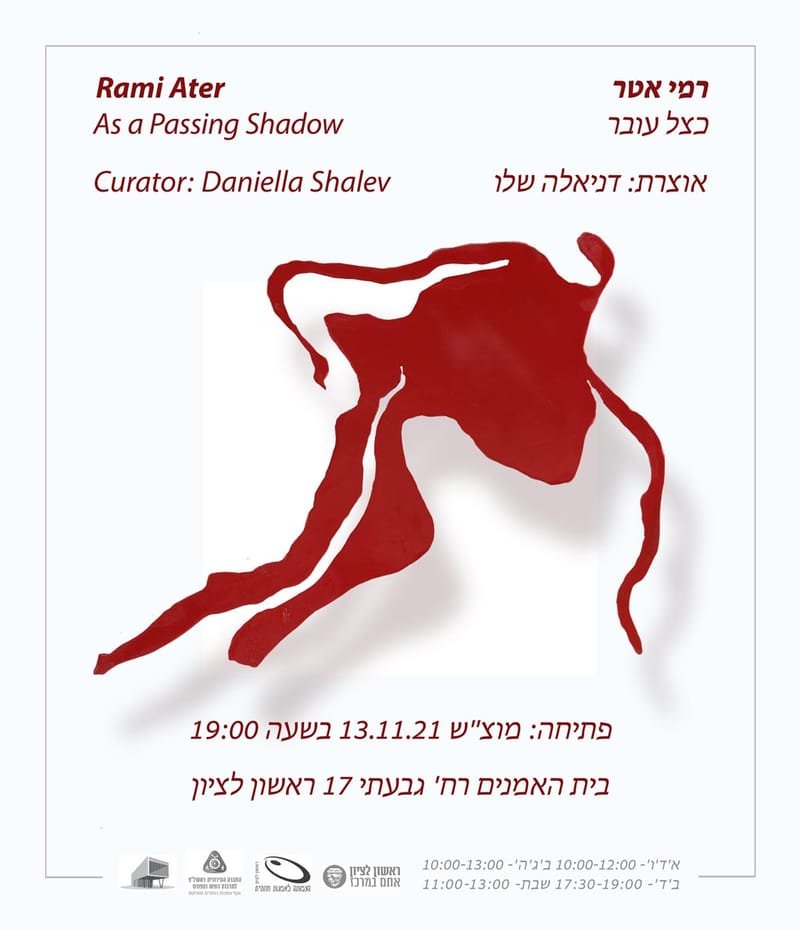 Rami Ater: As a Passing Shadow

The feeling that arises from each of Rami Ater's almost abstract works is twofold: one moment one falls captive to the solid, heavy and presence of iron, and another moment it seems that the raw forms are lacking any real existence and will soon lose their physical presence and become non-existent.

What is that elusive thing that embodies Ater’s characters, that passing shadow? – perhaps it is the amorphousness of the forms, perhaps the feeling that no figure is entirely complete, that they are all abstract and devoid of details; some sort of golem that has not yet risen against its creator. The unique figures, none of which replicate the other, and whose integrity lies in their imperfections, were created without a pattern and without duplication, cut manually and almost always with the use of a hammer, chisel and burner.

These are the ones that are flat on the floor trying to rise up and appear in different stages of formation. As if they came from the dust, and are on their way to becoming human beings, even before any personal details and particular identity are formed. Figures that can be any person and, in a sense, at any point in time. Figures being created, as if they were becoming filled with life before the eyes of the observer – firm and heavy, and at the same time flexible and soft in appearance.

On the other side of the space, a lone red figure emerging from the wall draws he eye – is the liquid of life filling it up or is it bleeding to death? The dialogue between this figure and another, two-dimensional figure in Shlomi Ben Yakar's painting hanging on the opposite wall is fascinating. Life and death, live or cease.

Two walls in the center of the space with a gold-painted façade greet visitors to the exhibition. The choice of gold, which represents some heavenly order, directs one to the idea of eternity as it is expressed in many cultures and inevitably carries meanings of purity, wholeness and divinity. But from the moment you walk beyond these walls, you seem to be standing at the gates of hell. Two rows of figures hanging on hooks, like meat slaughtered in a slaughterhouse. Hanging from their head, their neck, their feet… suspended, clinging to each other, begging to be rescued. Passing through them evokes anxiety, disturbs rest and evokes thoughts about our temporary lives, about the fluidity of time, about existence alongside loss and absence, about memory and forgetfulness, life and death. The works in the exhibition deal with universal issues and existential questions. They touch a person looking for meaning. 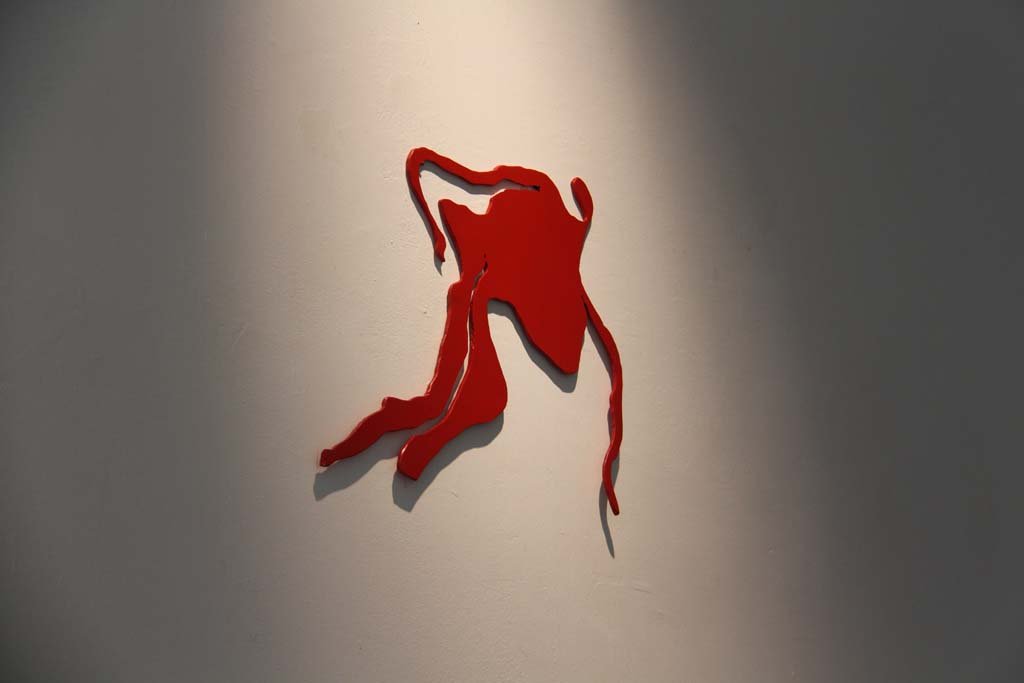 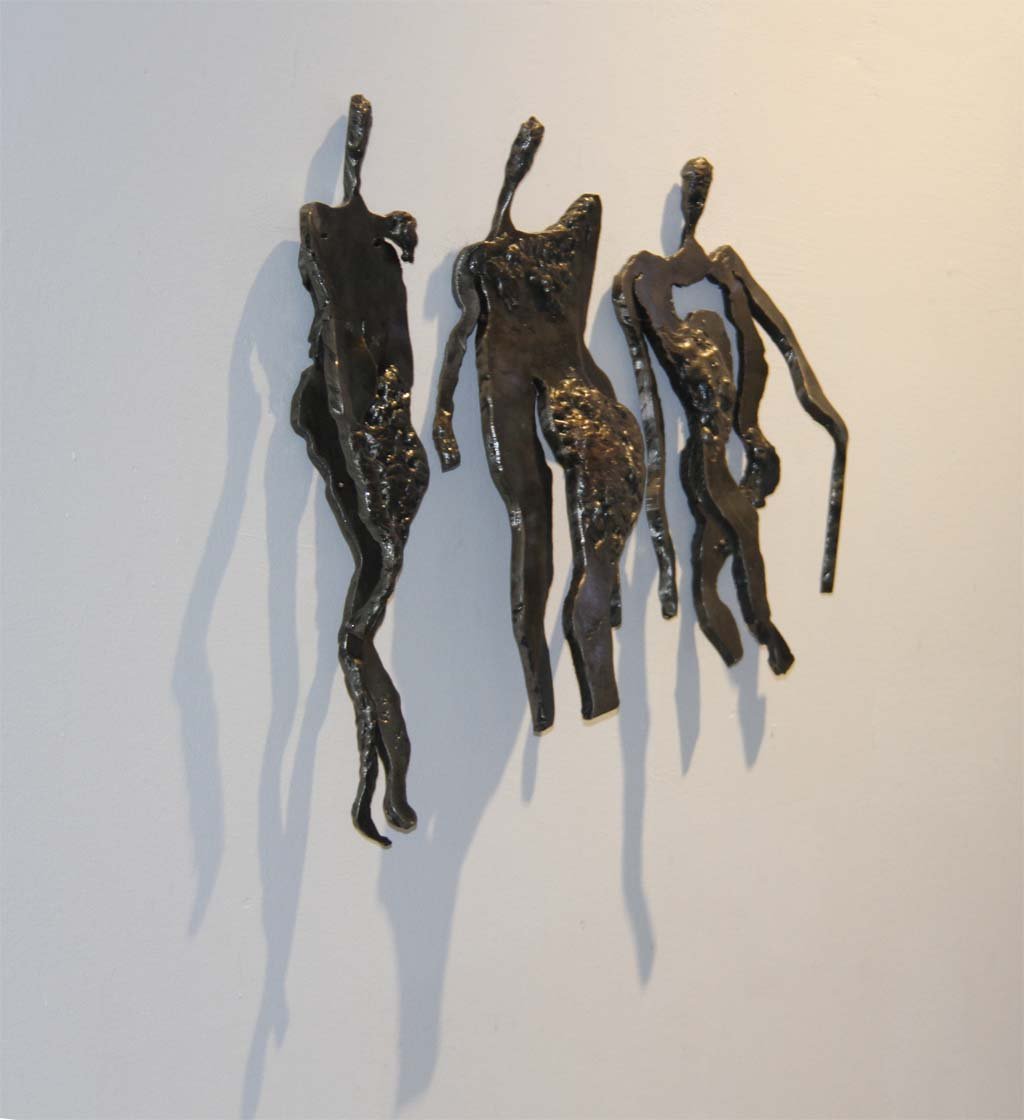 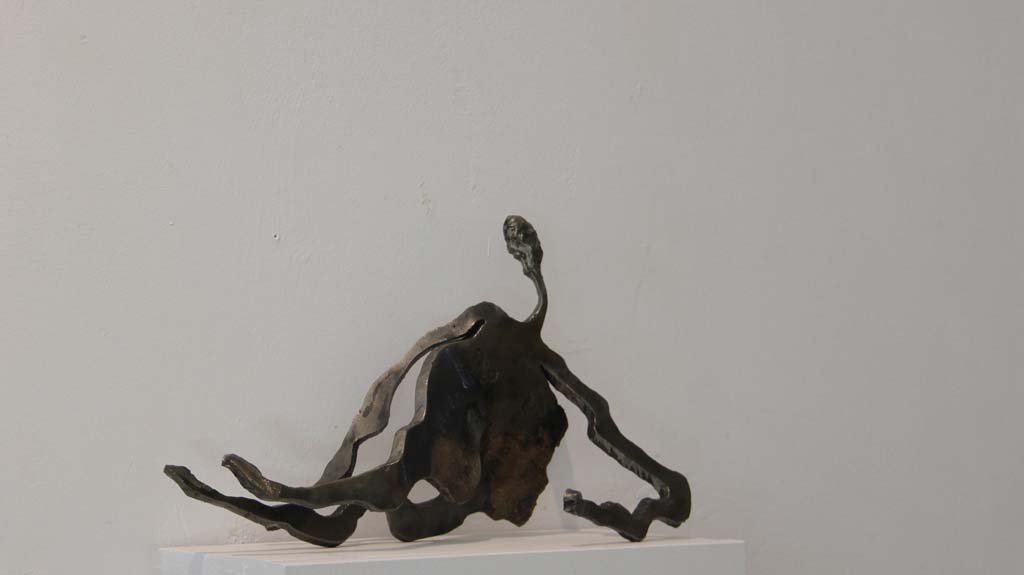 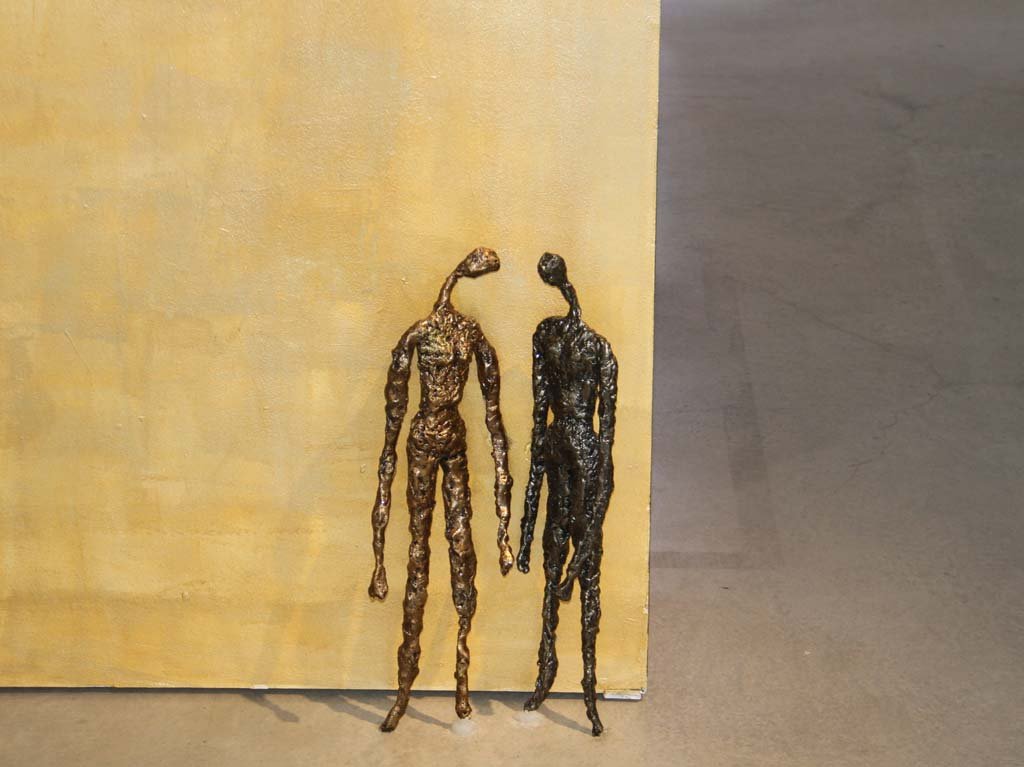 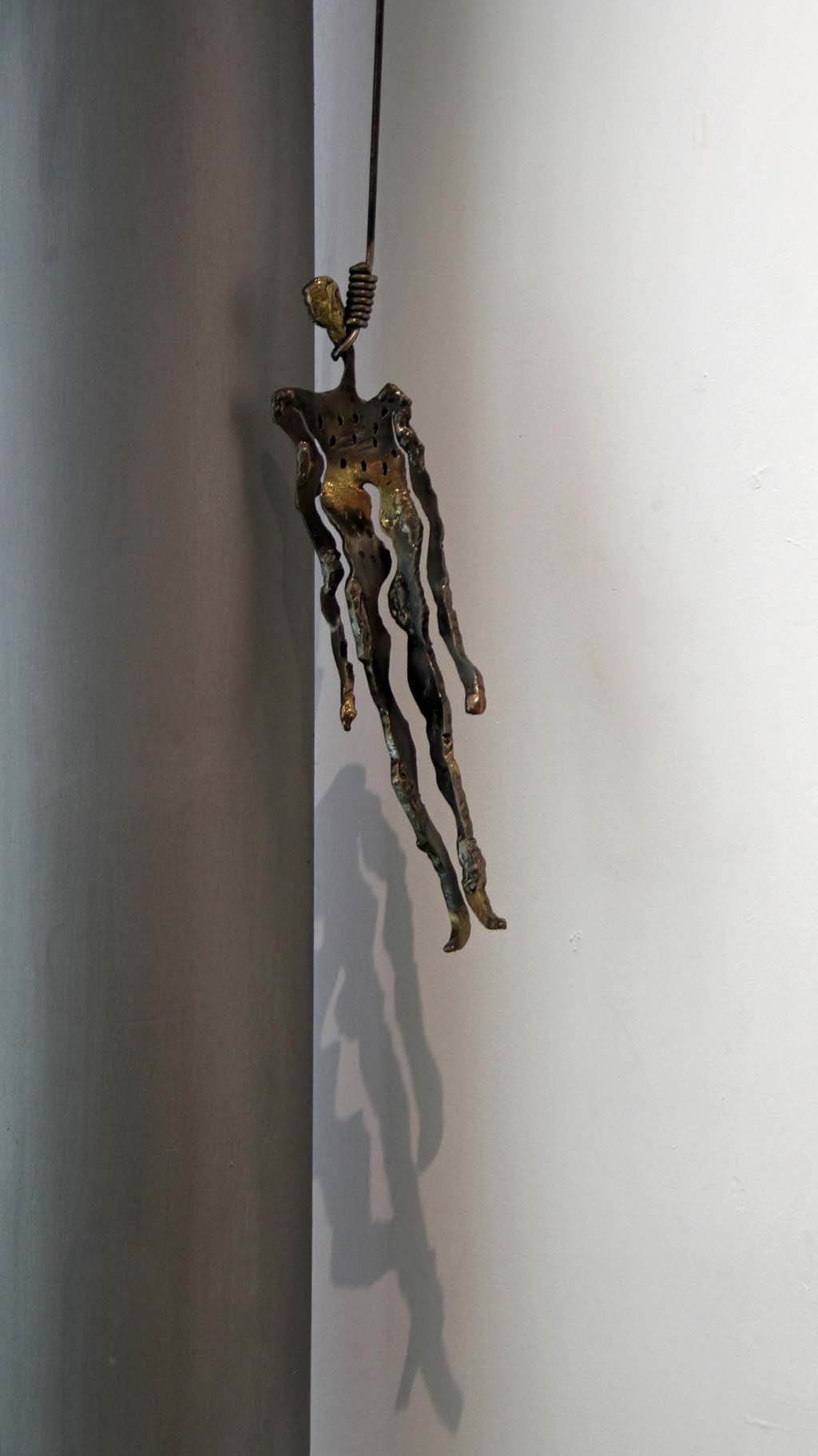 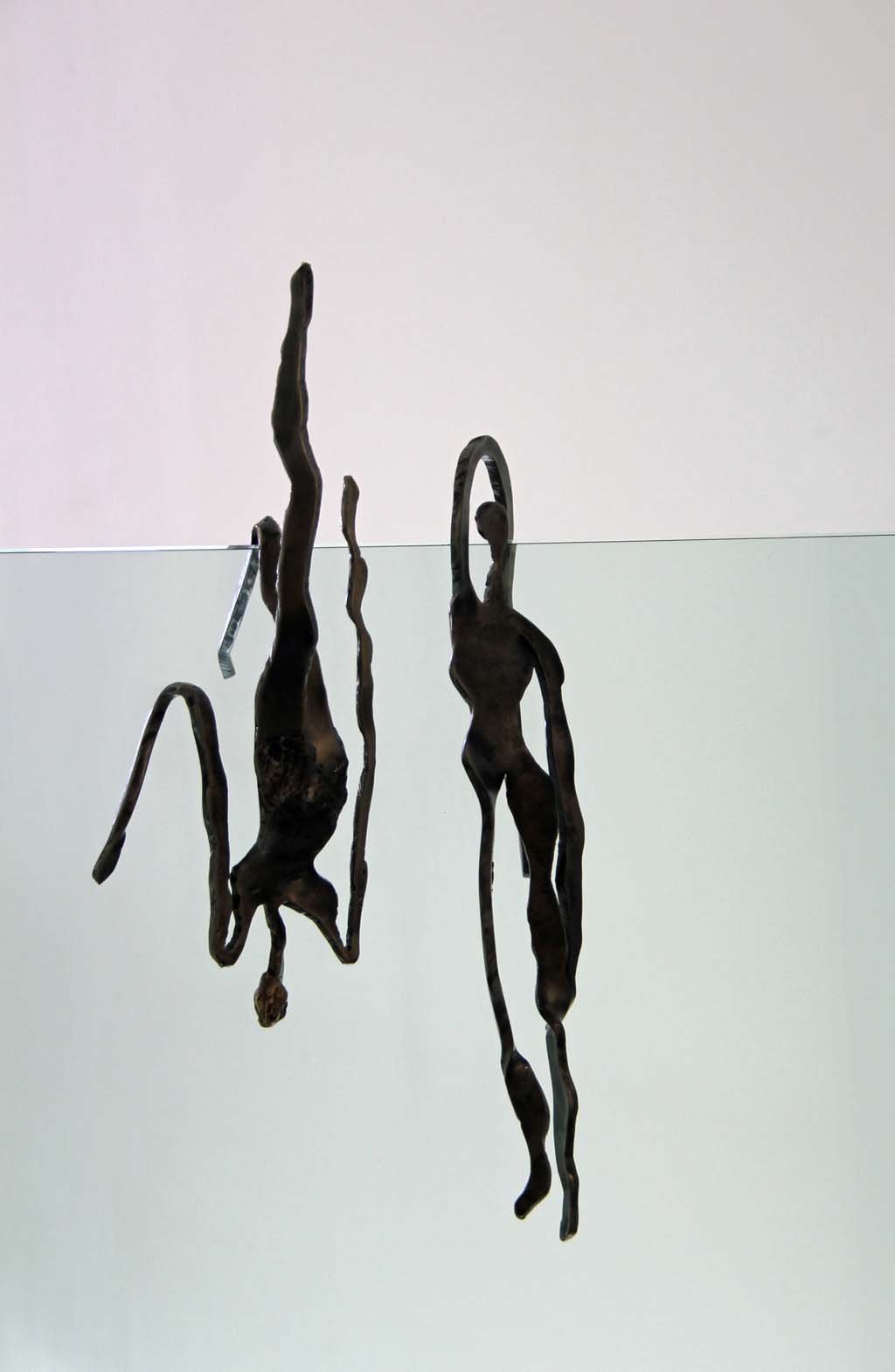 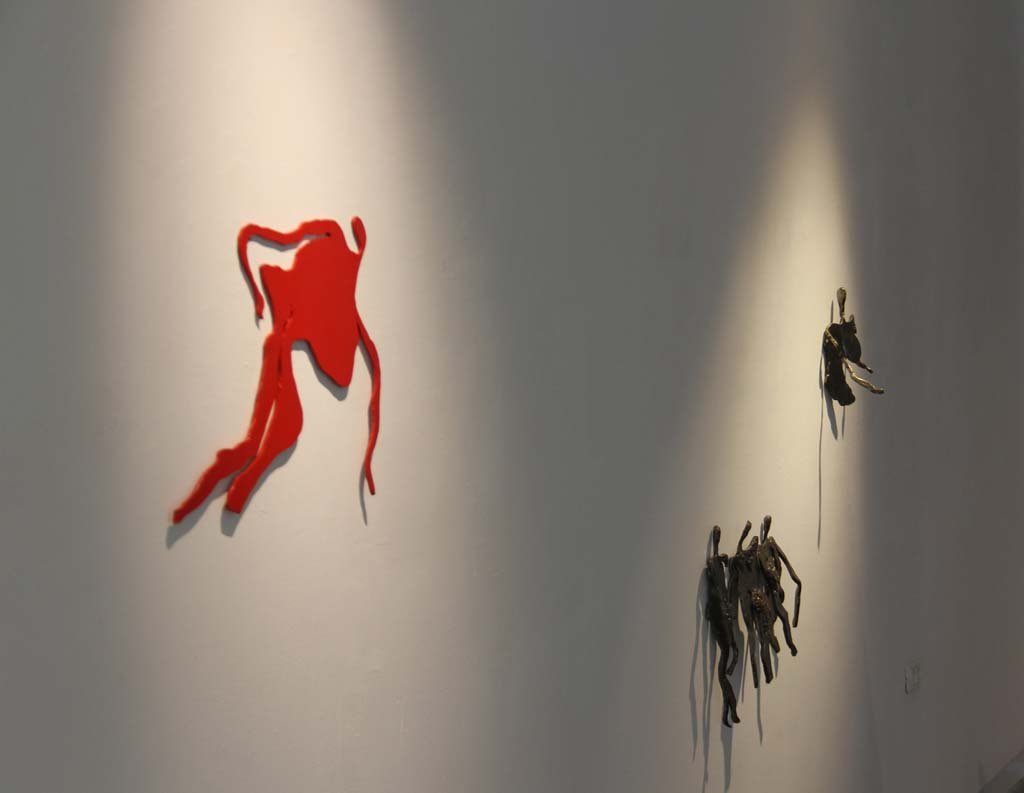 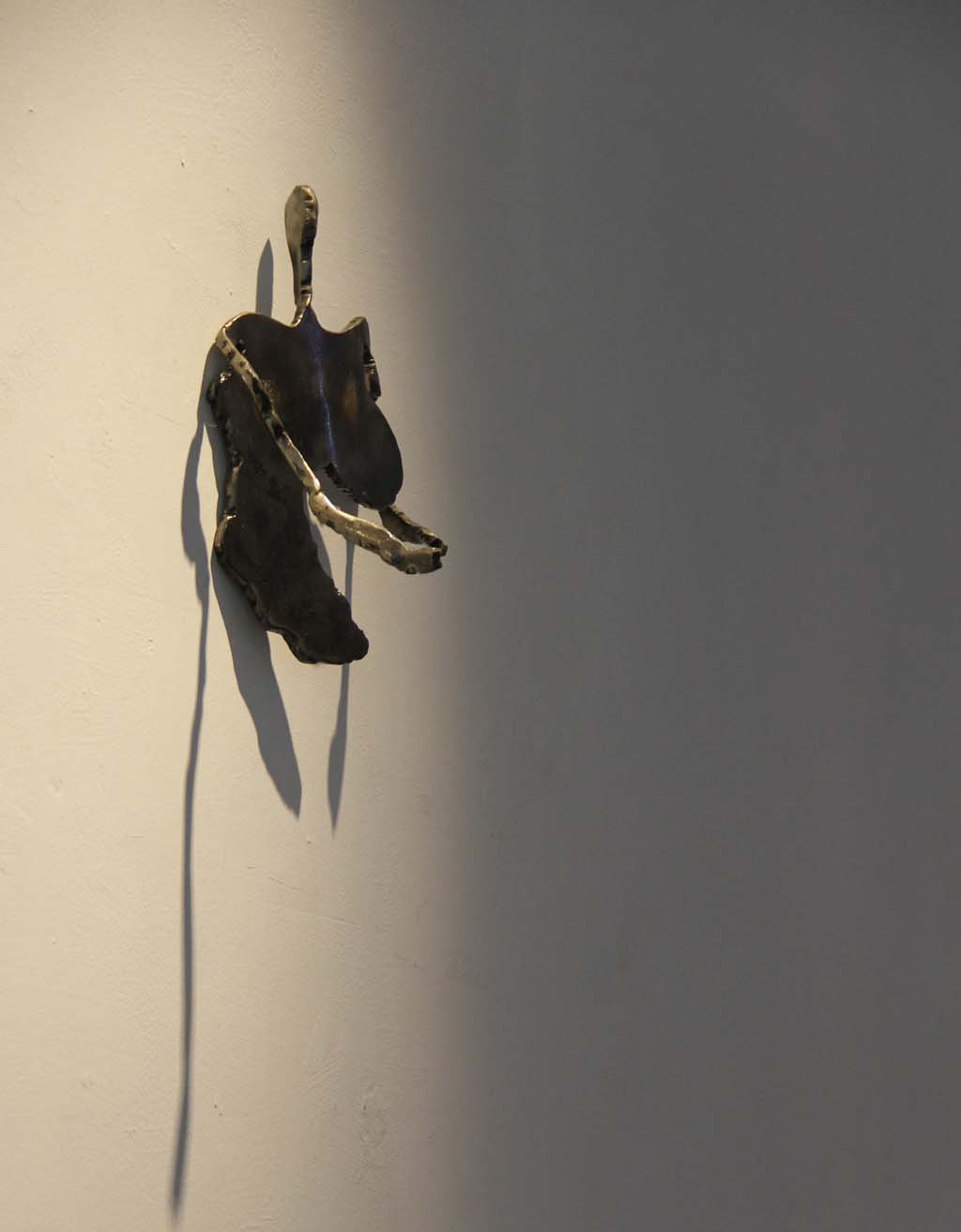 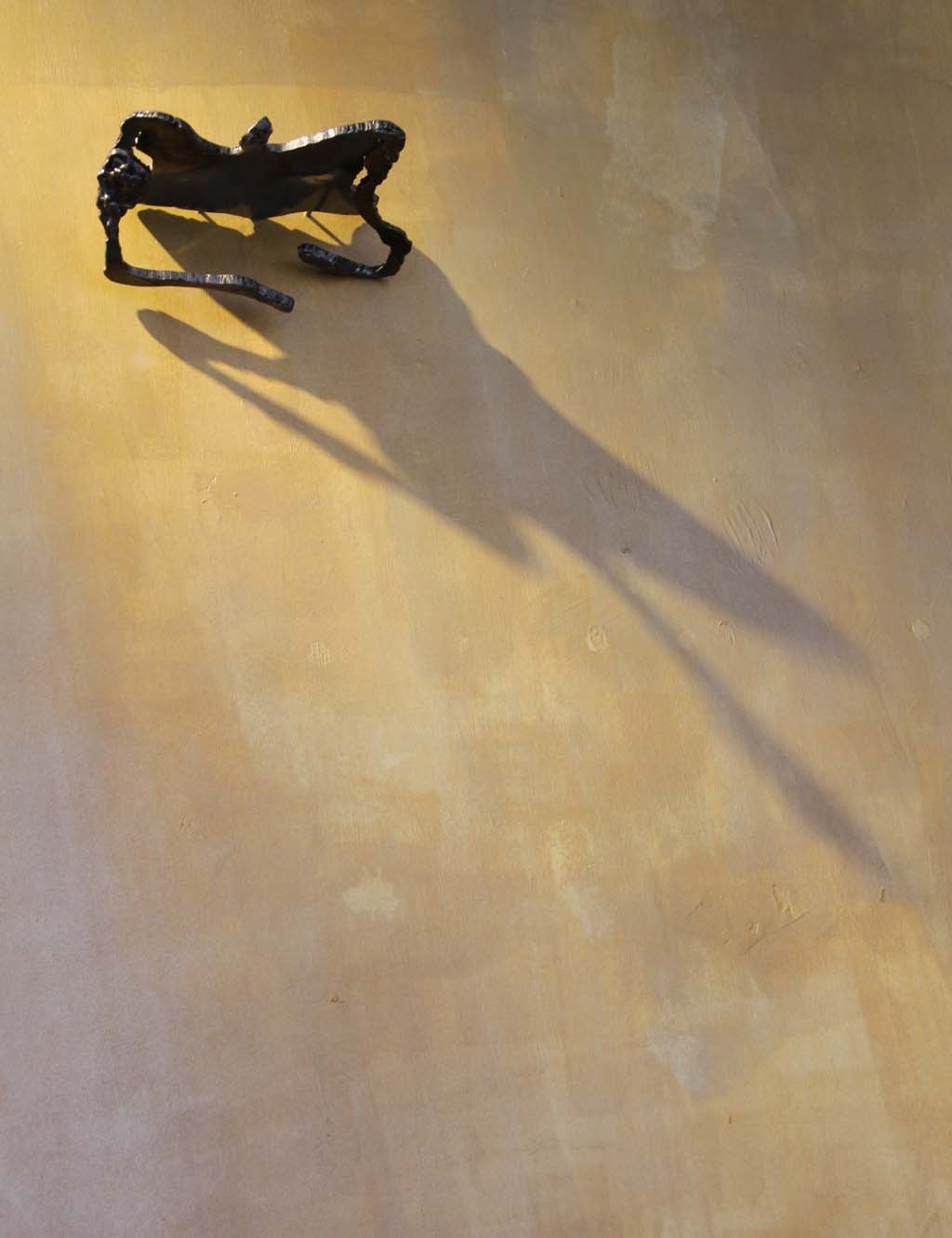 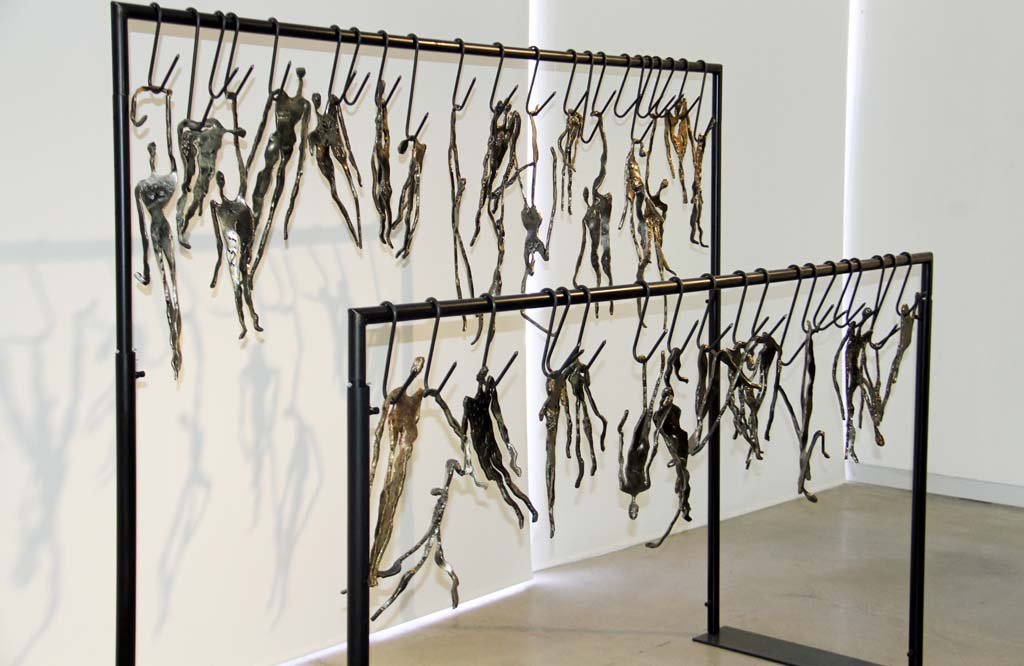 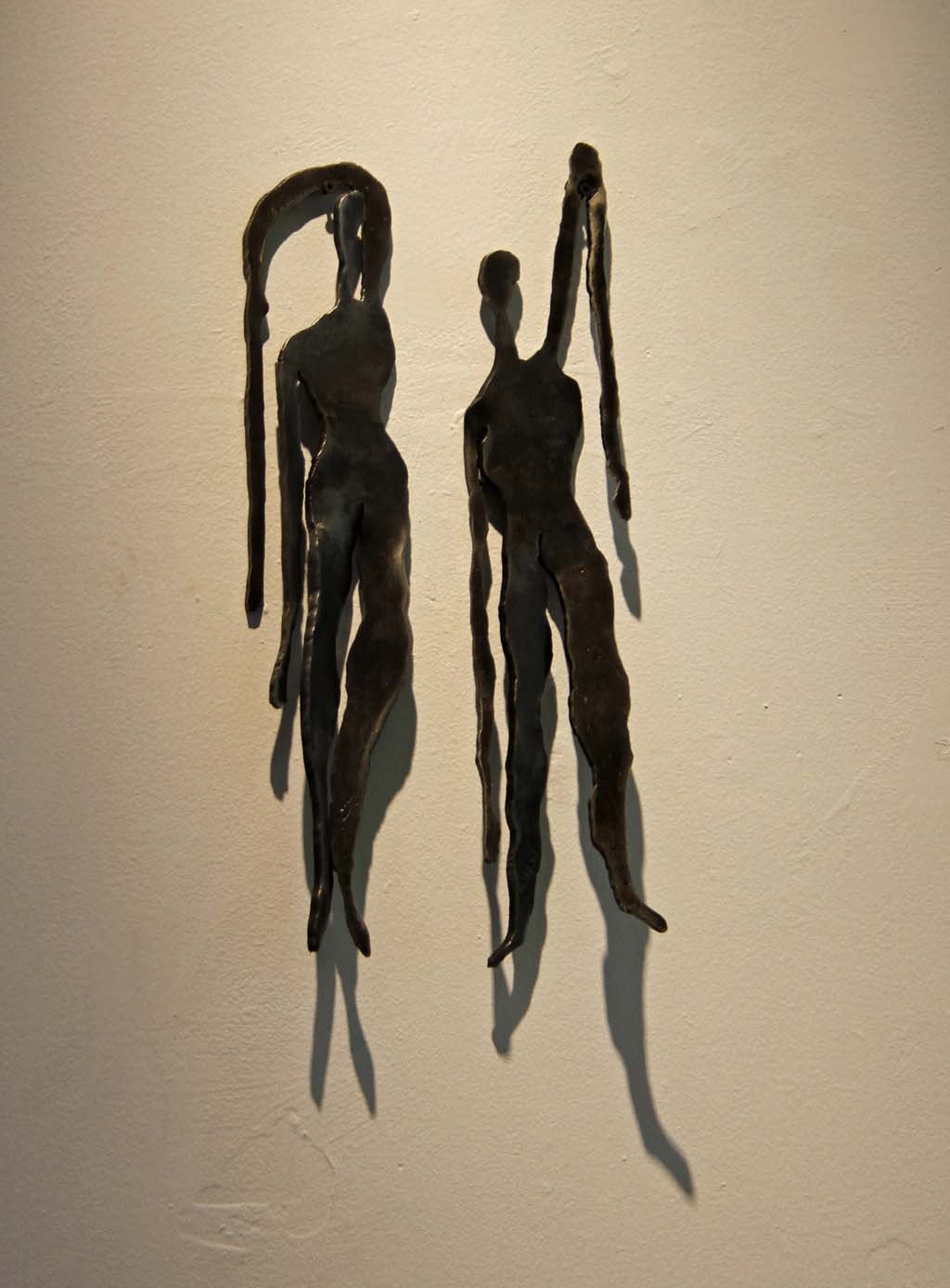 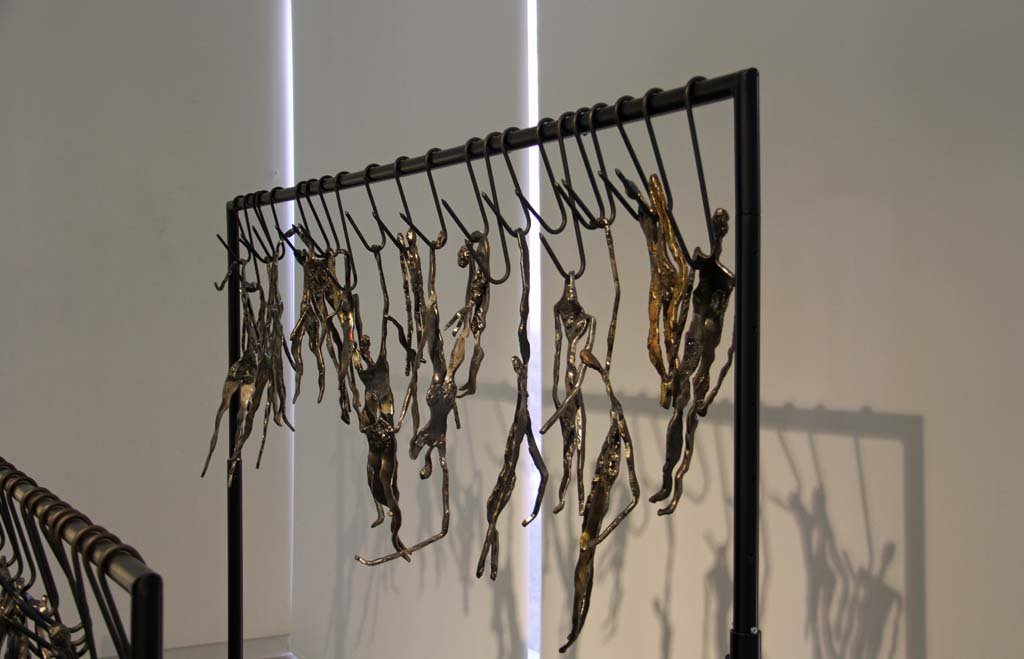 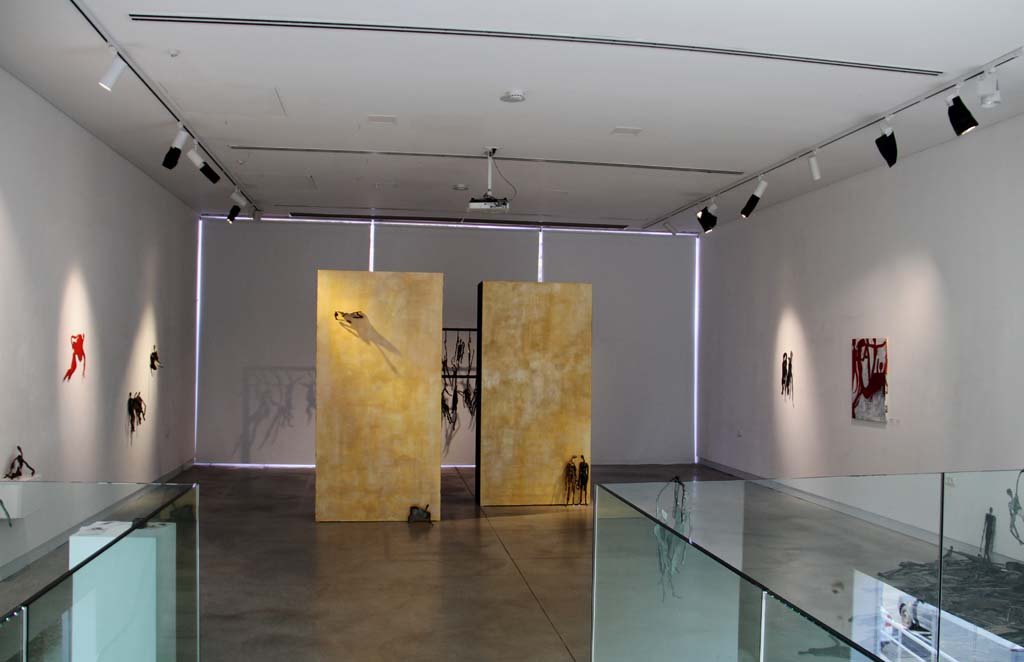 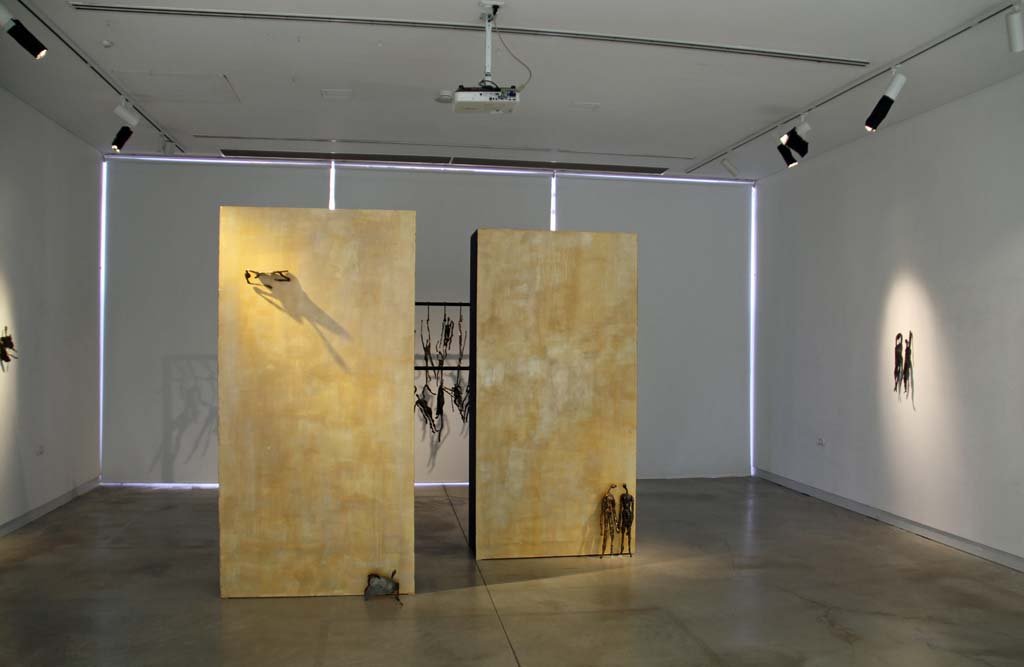 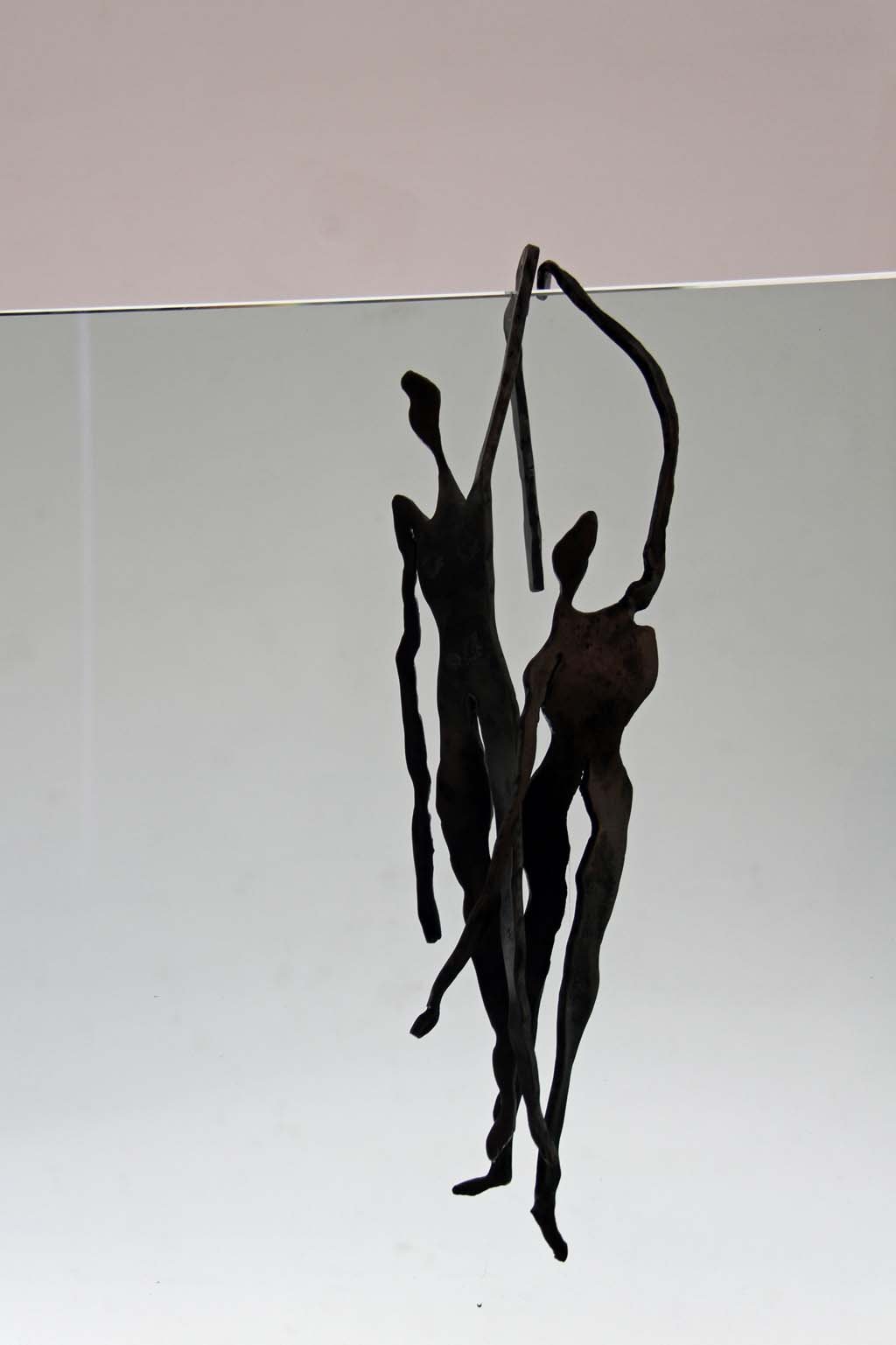 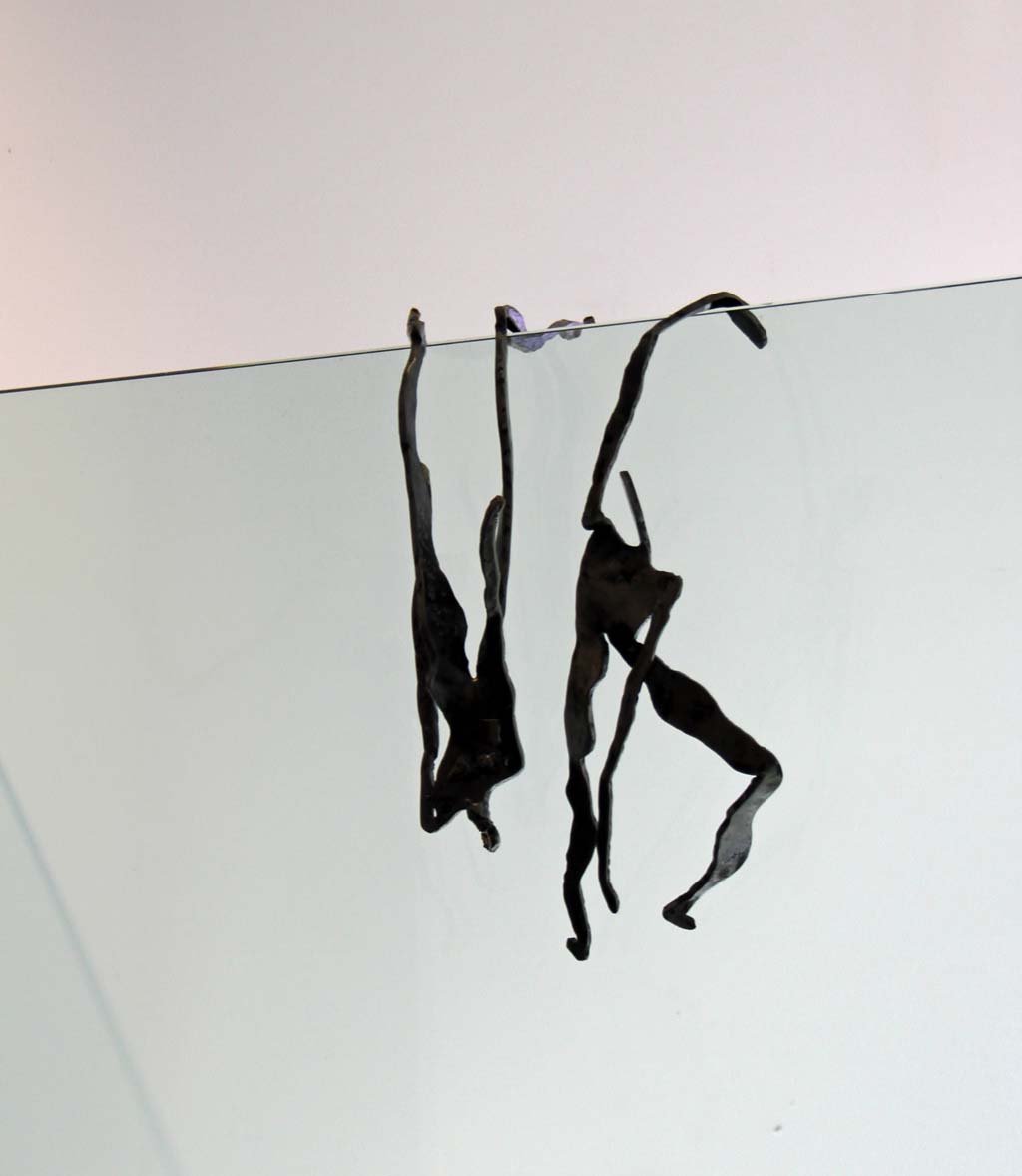 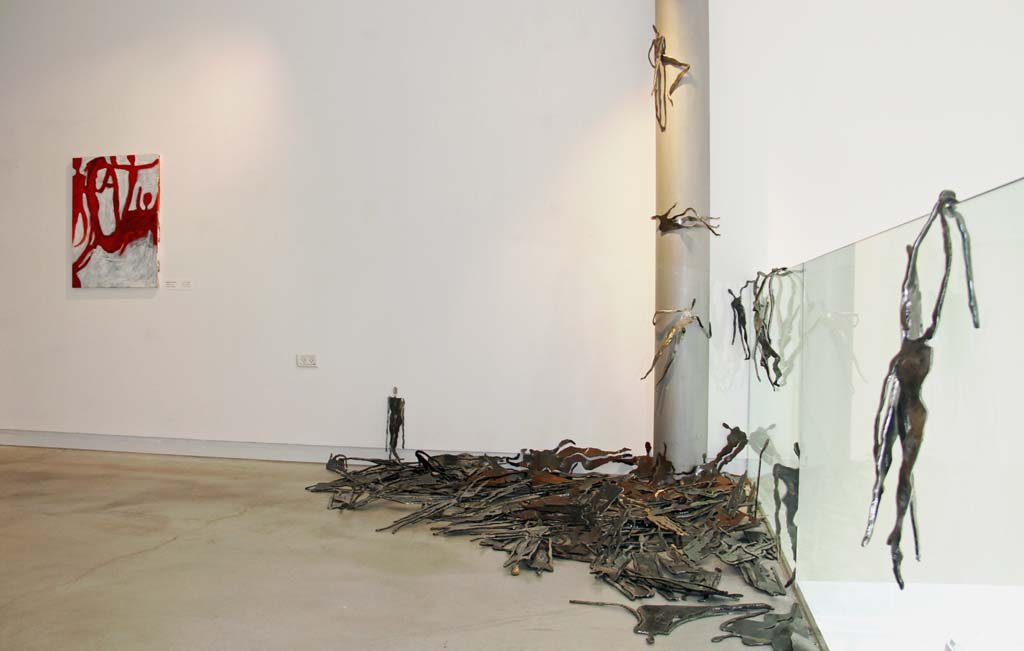 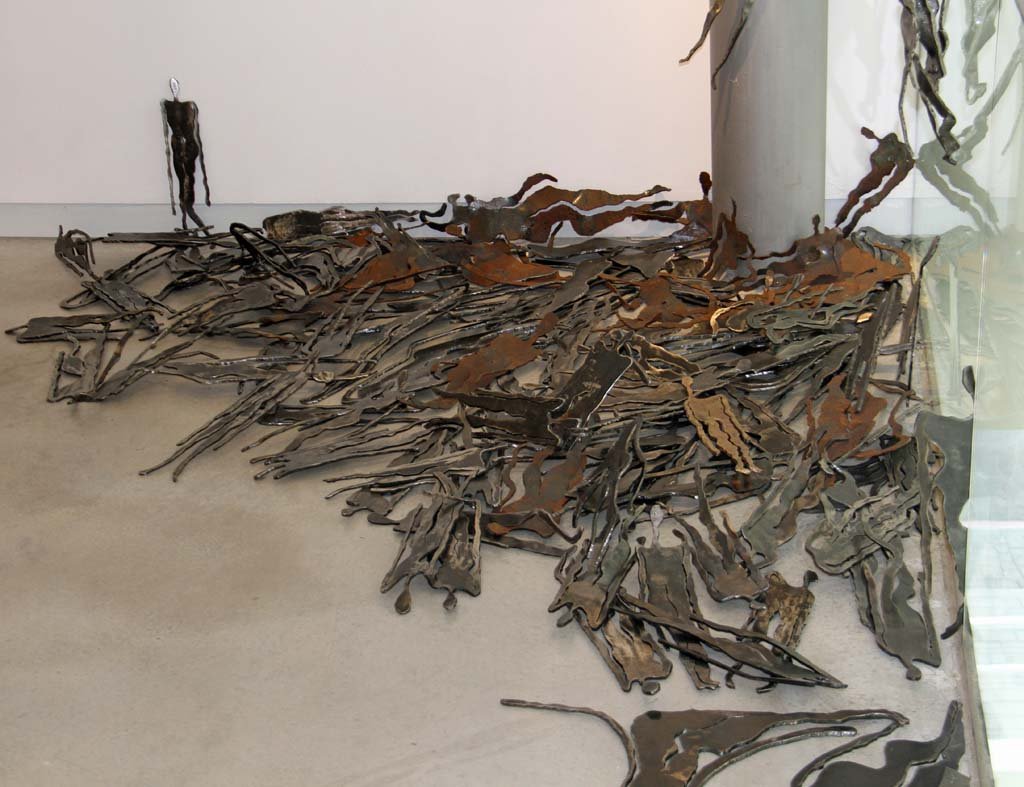